FabulousFoods   Entertaining
Popular children's song "The 12 Days of Christmas" may be irritating on its own, but these 12 cocktails can make even The Muppets' version tolerable.

While a wildly popular internet rumor has made the myth that the gifts referenced in the song are a hidden catechism memory device for persecuted Catholics, most experts agree that "The 12 Days of Christmas" is likely either French or even ancient Greek in origin. It was probably a game in which each person has to recite the gift that was given, with more gifts added as it goes to make it harder. The person who messed up was required to give a gift (such as a sweet) to the other player(s).

The items in the list are probably somewhat literal, and may even refer to birds. Sometimes a cigar is just a cigar, we guess (or a blue jay?).

A partridge in a pear tree

If you've ever had a pear tree in your backyard, you know there's nothing better than freshly juiced pear. We've combined fresh pear juice with some unexpected flavors to create a truly unique beverage to celebrate the first day of Christmas. 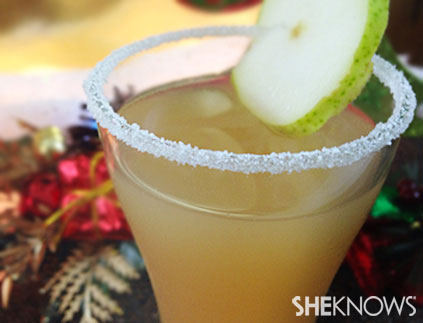 Continue »
12345678
Heather Barnett is a freelance writer and foodie whose work has been featured in blogs, websites, magazines, and TV and radio ads. She spends her free time relaxing with her soulmate, Keith; her dog, Mosby "The Fly Slayer;" and Felix the Fish. You can follow her on Twitter @HireHeather.
<< Prev Article Next Article >> 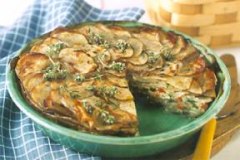