That's right, these look like donuts but taste like cinnamon rolls. The donuts are baked, not fried, so they are perfectly fluffy and moist, and the tops are topped with a decadent cinnamon glaze and creamy icing. You may never want the normal cinnamon rolls again.

Recipe inspired by Top with Cinnamon 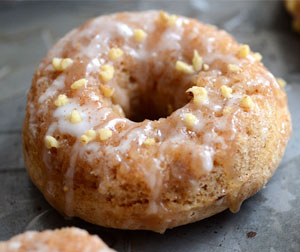 For the donut batter:

For the cinnamon glaze:

For the cinnamon roll glaze:

Claire is an aspiring nutritionist (and soon to be culinary student) with a serious addiction to bacon, goat cheese and online shopping. She is recently married to a social media guru who loves *almost* everything she conjures up. In addition to writing for the Food section of SheKnows, she is a full-time recipe creator (and taste tester), a writer for FabulousFoods.com and a contributing writer for the Home and Gardening section of SheKnows. You can also follow her musings and find delicious healthy recipes on her food blog, The Realistic Nutritionist.
<< Prev Article Next Article >> 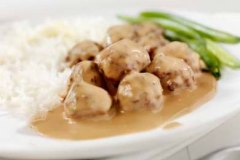